I founded the Kintamani cattery in the heart of Rome in 1993. I was moved, then as now, by a great passion for the beauty and sweetness of character, of those extraordinary animals that are the Birmans.

In June 1997 my breeding activity was recognized by FIFE with the name of “Kintamani”.

At the beginning I started with the selection of Birmans Blue Point, a color that, among other things, I still prefer today. Always busy researching new variants, in 1995 I imported my first Red Tabby Point male, Luis Cipher Du Val De Cuech, from France.

From that moment on I began to measure myself with the new colors, then still unknown by the Italian public. Thus the first kittens of Seal Tortie, Blue Crema, Seal Tabby, Blue Tabby, Rossi, Crema, Chocolate and Lilac were born. Thanks also to those births, those colors thus began to be known and appreciated also in our territory.

Studying pedigrees has always been a source of great interest to me. I think it is a very important document as it can provide fundamental information in order to best select this splendid breed, enhancing its morphological qualities and trying to eliminate defects.

I decided to drastically change my life by leaving the heart of Rome, and in 2018 we moved to Bracciano in a beautiful house on the lake of the same name in the province of Rome.

Here I was able to have the necessary spaces to build my Cattery, surrounded by greenery. 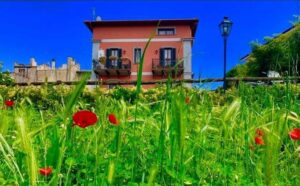 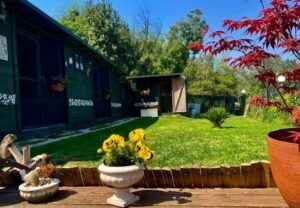 Finally I have realized dreams and projects that have been studied for a long time and that, for obvious logistical reasons, I could not have realized in the city, inserting in the new Kintamani Cattery the beloved and desired Races, the Bengals and the British Long Hair. Both the Bengal Cat and the British Long Hair, despite being very different breeds, are beautiful and fascinating cats, but also felines with a unique character. Their qualities of sociability and sympathy make them an excellent pet that combined with their singular appearance and attitudes cause an immediate positive reaction in those who see them for the first time. Impossible not to fall in love with their movements that recall those typical of wild animals. The majestic spotted coat of the Bengal and its well-known habits of agile jumper and lover of water make it a hypnotic cat!
The places covered in the color of gold and silver with beautiful emerald eyes, make a cat like the British Long Hair, magical! 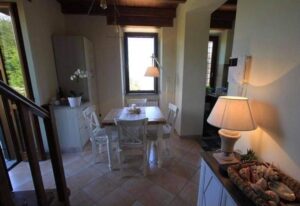 The kittens of these breeds inspire great tenderness, are beautiful and grow with an uncommon earliness. Our mares and kittens live in a familiar environment to ensure a good imprinting of the kittens.

This website uses cookies to improve your experience while you navigate through the website. Out of these, the cookies that are categorized as necessary are stored on your browser as they are essential for the working of basic functionalities of the website. We also use third-party cookies that help us analyze and understand how you use this website. These cookies will be stored in your browser only with your consent. You also have the option to opt-out of these cookies. But opting out of some of these cookies may affect your browsing experience.
Necessary Sempre abilitato

Performance cookies are used to understand and analyze the key performance indexes of the website which helps in delivering a better user experience for the visitors.

Analytical cookies are used to understand how visitors interact with the website. These cookies help provide information on metrics the number of visitors, bounce rate, traffic source, etc.

Advertisement cookies are used to provide visitors with relevant ads and marketing campaigns. These cookies track visitors across websites and collect information to provide customized ads.

Other uncategorized cookies are those that are being analyzed and have not been classified into a category as yet.